Posted by: Kevin Baumann July 6, 2016 in Blog Leave a comment

I was recommended to this client from a previous award winning garden in Sandymount. The client wanted a complete overhaul of property, front, side and back. The area is close to the dart so a lot of people avail of free parking which creates problems for residents, so one of the first priorities was to create enough room for two cars. The existing driveway had tight access allowing for only one car, had red Roadstone paviors as the surface and was cluttered with overgrown shrubs. 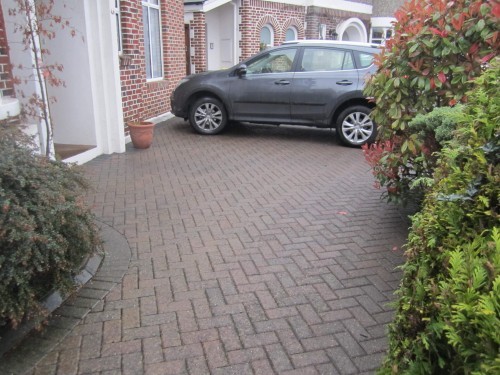 Access was through a large side passage, which had plenty of room. The divide into the back garden was a galvanised metal rectangle and gate. The back garden was surrounded by walls of varying heights which gave little privacy and looked unsightly, one section was in very bad condition and not tied into adjacent wall, posing danger and possible collapse. The existing planting was the same as the front, consisting mostly of large shrubs gone past there best with the exception of a Skimmia japonica and a mature Cotoneaster horizontalis, which could be trained back onto the wall creating a great feature plant. The existing patio was as with the front made up of red paviors. The whole garden was sloping away from the house. There were two sheds, the bigger of which had unplastered 4″ solids, rotten door/window and asbestos roof, the other was plastered and painted but with rotten door and cat flap. The lawn was in bad shape and would need complete replacing. After site survey I sat down with client to discuss design cost, budget and requirements. 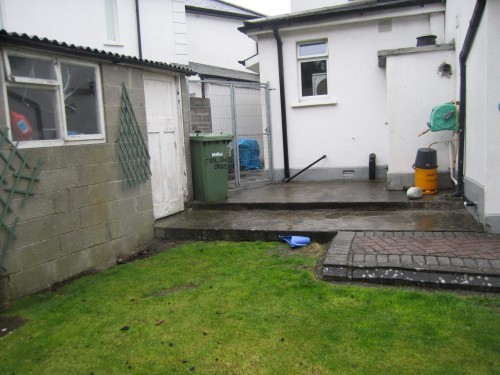 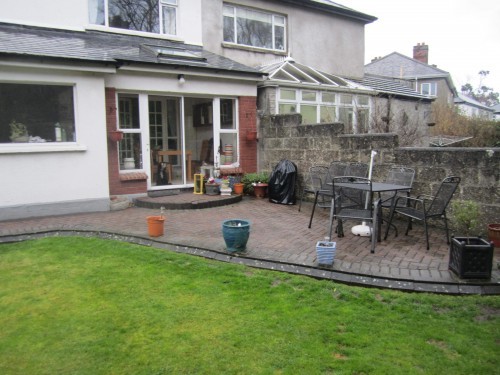 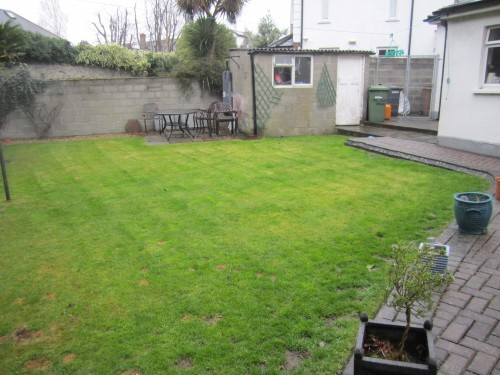 The following is the list of requirements drawn up from that first site visit: 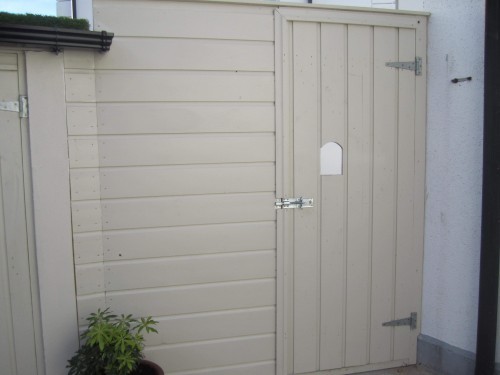 Armed with the above i came back two weeks later with a simple practical garden design which was accepted by the client. A date was set and 10% deposit paid.

There were no major problems with the landscaping of this garden apart from two things, 1. The choice of Egyptian limestone. Although pre-warned about effloresence, and how this could be countered with waterproofer used in cement mix we still had major problems. It took 4 applications of sealant to to get an acceptable finish. Although it now looks beautiful, it is slippery when wet and very expensive. I will never get involved with this stone again. 2. The ugly Asbestos roof had to stay as removal cost a fortune, I overcame this by glueing, Synthetic grass directly to the asbestos, which enhanced the shed and made it a real feature within the garden. 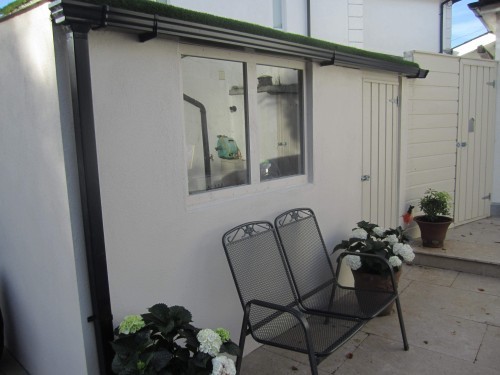 The garden lighting turned out fantastic, using stainless steel Collingwood spike lights in the beds, hooded lights off the wall extension, recessed lights in the steps and front path. Lighting in a garden is so important, it can’t be under estimated, it provides a real wow factor at night. 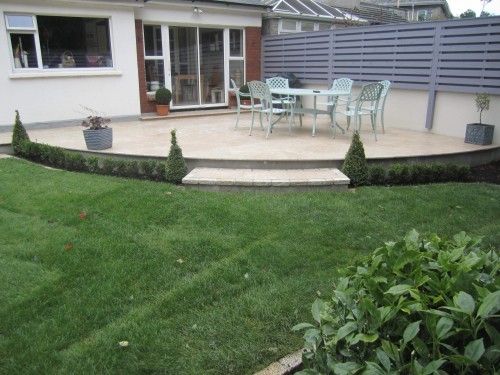 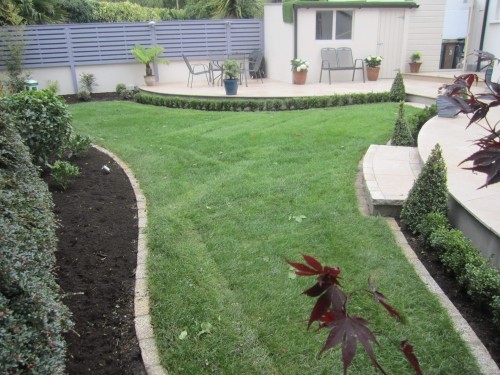 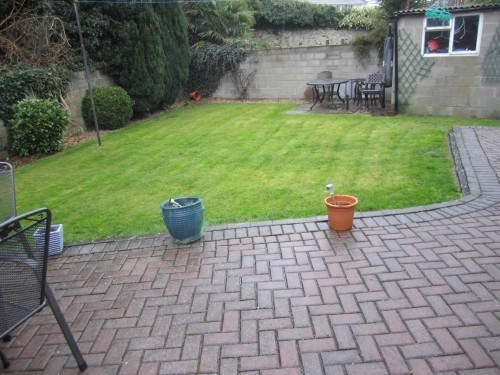 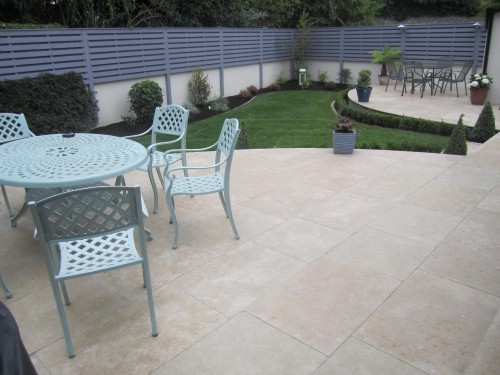 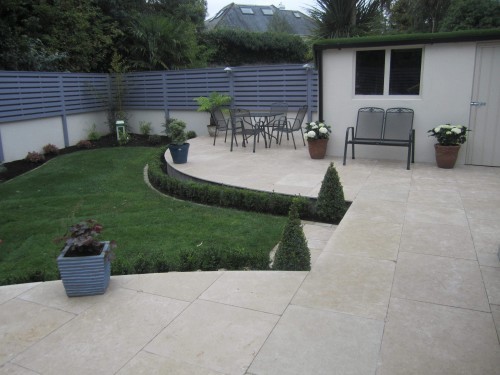 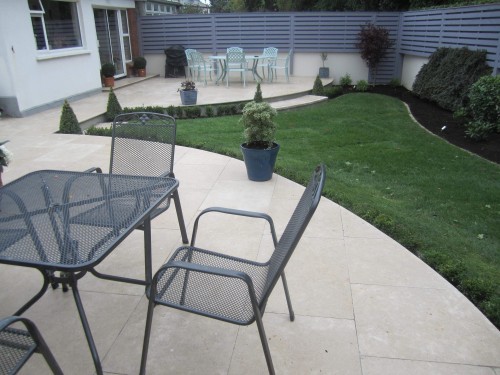 The client was very happy with the results and how the garden turned out. If you require an award winning designer/landscape contractor contact Kevin Baumann on 086 8198444