Posted by: Kevin Baumann October 21, 2014 in Blog Leave a comment

The first award went to Frank & Ann Hegarty, Monkstown, Co Dublin for there sloping front garden design. This garden was a formal tiered garden made up of four levels. The first level was a raised bed consisting of rendered walls capped with silver granite to double up as seating. This raised bed was planted with Ligustrum lollipops underplanted with Buxus hedging and Allium bulbs. The second level was a small patio created using black limestone bordered with silver granite creating a nice contrast. Next to the patio more lollipops, buxus and Alliums made up the planting.

The next level was created again using rendered walls capped with silver granite, this bed was planted with Phormium ‘Cream Delight’. The final level consisted of free draining 14mm Ballylusk gravel bordered with 200x100x100 tumbled sliver granite cobbles which led to the basement door. The original steps to the side of the tiered beds were simply faced with silver granite giving great effect. Below is the award received which will make a great conservation subject at dinner parties and add value to the clients property. 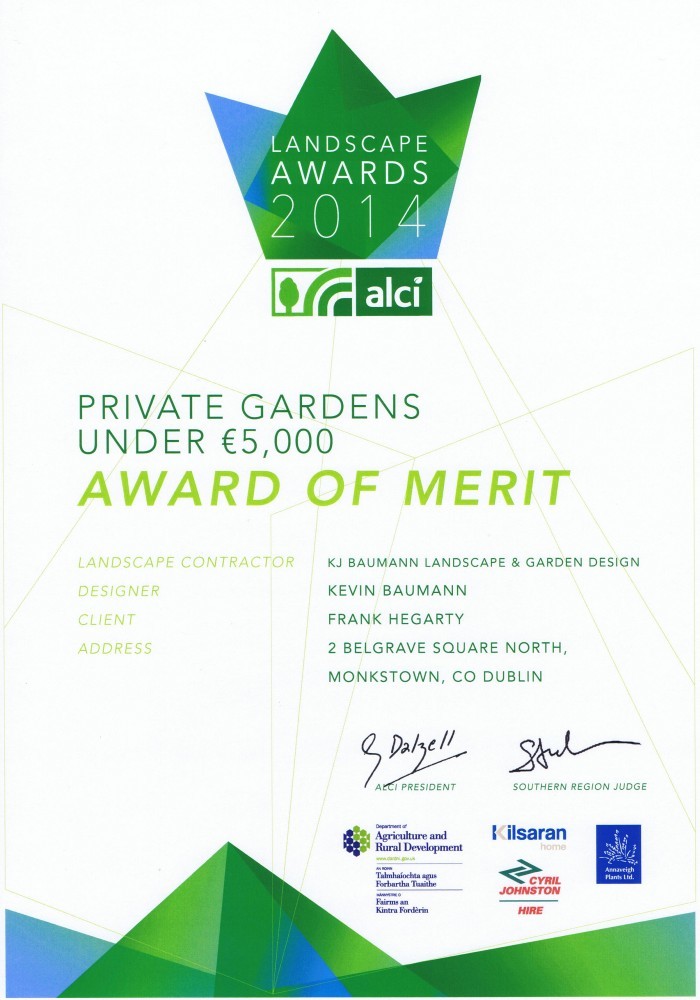 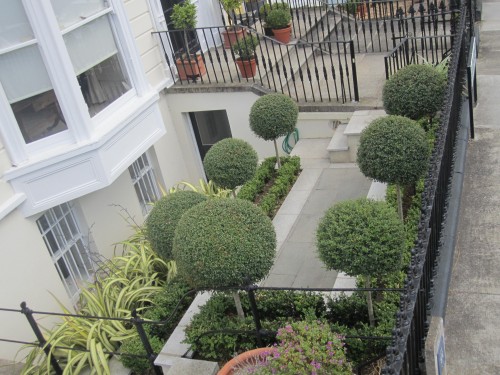 The second award went to Aidan Grace, Stillorgan, Co Dublin for his low maintenance garden / outdoor room. This was a difficult contract as the client had a set budget and a huge amount of soil needed to be removed before we could even start to create the garden. Going on a brief created between Aidan and myself we came up with a simple garden design involving surrounding raised beds to protect foundations after soil removal, circular seating area made up of Cota brown limestone, raised beds to double up as seating, semi circular limestone step and path, Scandinavian spruce wall extensions around whole garden to give continuous level and create privacy, DIY granite boulder water feature for sound and atmosphere and synthetic grass lawn for low maintenance. The garden lighting could not be afforded at this stage so armoured cable had been laid for this in mind. The planting consisted of hardy shrubs, perennials and grasses all of which would put up with the shading at various parts of the day.

The plants which were used included 5 specimens, consisting of 2 Japanese maples, 1 Dicksonia antartica, 1 Euonymus alatus and 1 Pittosporum tobira. The shrubs, perennials and grasses were planted in groups of 3 consisting of Epimedium rubrum ‘Purple Red’, Rosmarinus prostrates, Pittosporum ‘Tom Thumb’, Lavandula hidcote, Sedum ‘Autumn Joy’, Ophiopogon nigrescens, Uncina uncinata  rubra. To frame the entrance of the seating area two planters planted with mint were placed either side with lanterns for candels placed on the seating above. To frame the garden from inside two standard Lauris nobilis were planted into tall planters. On completion this low maintenance garden looked fantastic and really did add an outdoor room to the property. Below is the award received which will look well hung on the clients wall and will add to the value of his property. 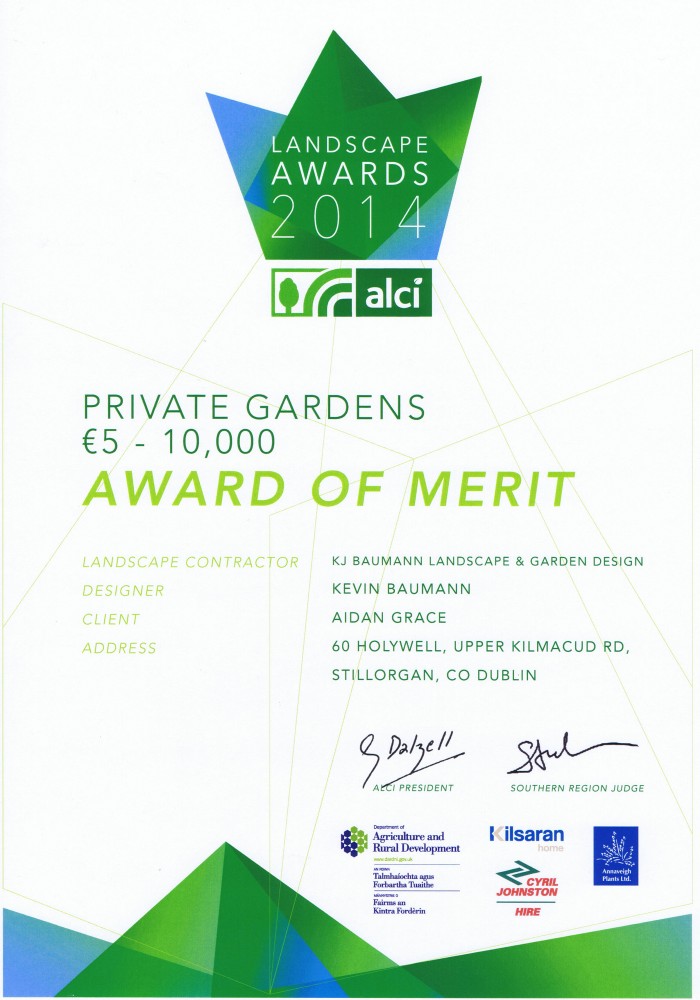 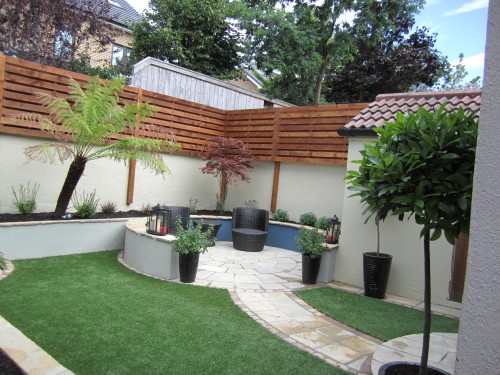 Congratulations to both clients and thanks very much for the business. If you require a professional landscaping contractor service please call Kevin on 086 8198444.